Lil Wayne has a lil’ bump on his head! The rapper got a “gnarly gash” after falling and hitting his head while skateboarding. Does Weezy still plan on performing at the MTV Video Music Awards this Sunday? Find out what he says about the accident here. 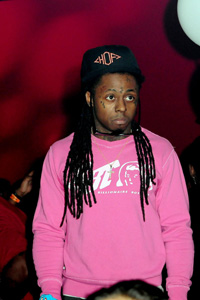 Lil Wayne survived a “near fatal car accident” and now has survived a nasty cut to the head after a skateboarding accident.

The rapper was at a skateboarding park in St. Louis near the Verizon Wireless Amphitheatre last night when he fell and cut his head open. He was taken to the DePaul Health Center emergency room where he was given multiple stitches on his forehead.

Lil Wayne, who is gearing up to release his new album Tha Carter IV, is doing fine. He tweeted:

“The Lou was good but I busted my fuggin head at the sk8park! 9 stitches! Gnarly gash over my left eye! Luv the people.”

Lil Wayne, 28, was recently in the news after a Facebook hoax said he was nearly killed in a car accident.

Fans will be able to check out his bandaged forehead this Sunday as he is scheduled to perform at the MTV Video Music Awards and he plans on dropping Tha Carter IV digitally (iTunes, Amazon) at midnight after the awards show.

“I am extremely excited to be the first artist to utilize such an amazing idea. I hope that I can open the door for others,” Lil Wayne said in a statement.