The CW has the return of Sarah Michelle Gellar with Ringer this fall and a new supernatural thriller from the creator of The Vampire Diaries. Things are about to get spooky!

The CW is banking on the return of fan favorites for a successful fall premiere line-up, but a few of their new shows have the potential to make viewers stand up and take notice. 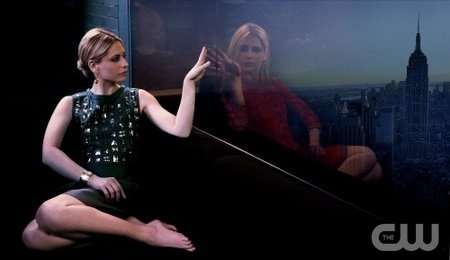 Another new show sure to spellbind us is The Secret Circle.

The Secret Circle comes from the The Vampire Diaries creator, Kevin Williamson, and features the story of Cassie (Britt Robertson) — a girl who struggles as she realizes she’s the key to a witchy-battle between good and evil.

The Secret Circle premieres right after The Vampire Diaries on Sept. 15.

The Hart of Dixie doesn’t feature supernatural forces, but it does have potential.

The Hart of Dixie stars Rachel Bilson as Zoe, a New York medical graduate who goes to work in a small Alabama town. You can check out the premiere on Monday, Sept. 26.

Will the new CW drama win our hearts? Check out a preview and tell us what you think…

Which new fall CW show are you most interested in seeing?