Kate Winslet narrowly escaped injury when a fire broke out in Richard Branson’s Necker Island home where the actress was vacationing. 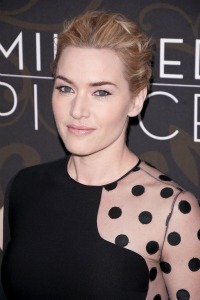 A glamorous island vacation turned into a nightmare for Carnage actress Kate Winslet when during a tropical storm, a fire ripped through the home where she was staying with her family.

The Academy Award-winning actress was staying in the Great House on Necker Island — otherwise known as Richard Branson’s private getaway in the British Virgin Islands — when the fire broke out.

Business Mogul Richard Branson, who owns the Virgin Group of over 400 companies, said the fire started around 4 a.m. in the midst of lightning and high winds from the storm.

“Kate Winslet, her boyfriend and her family were there and Holly and some of her friends were also staying,” Branson said. “My mother was there and they managed to get her out and she is fine.”

Branson has multiple homes on the island, including an exclusive eco-resort.

“We’ll all stay here for the time being,” he said. “There’s a lot of damage and we won’t be able to stick it back together again right away.”

A rep for Kate Winslet confirmed the actress and her family were unharmed.