U2 singer/songwriter Bono was reportedly rushed to a hospital in Monaco last week after a heart scare. A spokeswoman for the singer says the visit was “routine”.

Related story Nancy Pelosi's Reading of a Bono Poem About Ukraine, Zelensky, & St. Patrick's Day Has Us All Confused 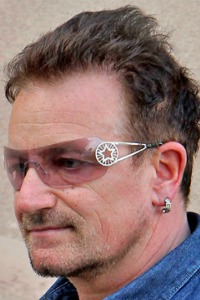 U2 frontman Bono was reportedly rushed to a hospital after suffering chest pains on on August 17. After being told by doctors to rest, the singer checked into a hospital in Monaco, according the the Irish Independent newspaper.

The 51-year-old singer recently performed last month at Glastonbury and just completed a world tour of 30 countries with his band, worldwide sensation U2.

A statement from his representative showed no cause for concern for U2 fans. “Despite press stories to the contrary, Bono has not suffered a recent health scare. Reports of his being rushed to the hospital for emergency treatment are untrue. Bono is in good health and enjoying a family holiday in the south of France.”

This current tour was postponed after Bono underwent back surgery this spring.

In an era of declining CD sales, U2 stood tall to keep their title of the most popular band in the world. Every date of the tour sold out, many within minutes of tickets going on sale. The most iconic part of the tour was “the claw”, which was a massive four-legged supporting rig built above the stage with the sound system and a cylindrical expanding video screen on top of it.

In order to assemble and transport “the claw” from venue to venue, the tour used three seperate stages. Another unique aspect of the stage was the 360 degree production capacity allowing for better views, which led to more tickes being sold to fans.

Comprised of 110 shows, the tour went to Europe and North America twice, as well as South America, Africa and Oceania. It grossed $736 million in ticket sales and was the highest-attended tour ever, with 7.2 million tickets sold.