Selena Gomez found herself a sweet MTV Video Music Awards gig. She’ll be the big night’s pre-show host! Read on for all the details… 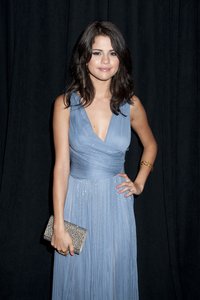 You might be opening the 2011 MTV Video Music Awards Lady Gaga, but Selena Gomez is playing host.

Justin Biber’s current squeeze will interview celebrity guests as they make their way down the black carpet and into the Nokia Theater.

“I am very excited to be a part of the 2011 VMAs! After all of my years watching the VMAs, the pre-show has always been one of my favorite parts. It is a true honor to be hosting from the black carpet this year,” she said.

Selena Gomez will be accompanied by Cobra Starship, who will be the pre-show performers.

“We are so excited to be a part of the 2011 VMAs! I grew up watching them every year and it was an honor to be nominated two years ago and it is an even bigger honor to be able to play the pre-show this year,” Cobra Starship’s guitarist, Ryland Blackinton, said.

He added, “I will never forget when Pat Smear left the Foo Fighters live during the pre-show, and I’m planning on having him replace me this year.”

It was just announced that Lady Gaga will open the 2011 MTV Video Music Awards and the network released a series of promos to get fans ready.

Chris Brown, Adele and Bruno Mars are just a few of the performers slated to take the stage. The awards kick off August 28.