Nick Cannon will attempt to break the world record of the most people hugged in an hour at tonight’s Mets game. 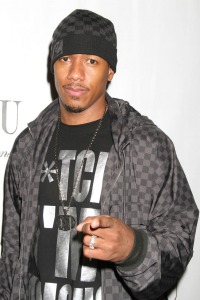 The Guinness Book of World Records is full of all sorts of wacky feats — and Nick Cannon wants to join that illustrious club.

Mr. Mariah Carey will attempt to break the world record for the most hugs given in an hour before the Mets game tonight at Citi Field in New York.

“I am going to make HISTORY!” Cannon said on his website.

Cannon will have to beat the current record of 1749 hugs held by Nick Vujicic since September 2010.

The new father of twins Moroccan and Monroe isn’t just doing this for kicks — he arranged a sweet little charity tie-in, too. For every person hugged, Paper Jamz from WowWee will donate one toy to benefit the kids at the Mets Care Room at the New York Hospital of Queens.

Come back to SheKnows to find out if Nick Cannon achieved his goal of breaking the world hug record!