Lindsay Lohan is suing hip hop artist Pitbull over lyrics she calls “disparaging” in his hit song Give Me Everything. 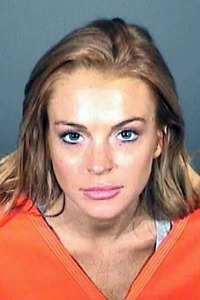 As if she hasn’t spent enough time in the courtroom, Lindsay Lohan is going back — willingly, this time. The troubled actress is sending her legal team after rapper Pitbull for a line in his song Give Me Everything which she says unjustly damaged her reputation.

Here’s the lyric in question:

“Hustlers move aside, so I’m tiptoein’, to keep flowin’I got it locked up like Lindsay Lohan.”

The song was written by Ne-Yo and Afrojack, who are also named in the suit.

Lindsay’s civil lawyer Stephanie Ovadia — not her criminal attorney Shawn Chapman Holley — filed the suit, which states that “the lyrics, by virtue of its wide appeal, condemnation, excoriation, disparaging or defamatory statements by the defendants about the plaintiff are destined to do irreparable harm to the plaintiff.”

Here’s the problem though: it’s not slander if it’s true, and she has spent plenty of time locked up through her various legal troubles. In fact, Lohan was under house arrest earlier this summer.

Lohan also states that having her name in the song “causes [Lindsay] to be associated and identified in connection with defendants,” and that Lindsay is “a professional actor of good repute and standing in the Screen Actors Guild, is suing under the New York civil rights laws, which protects people from having their name exploited for commercial purposes.”

Lohan is seeking an injunction to stop the song from being sold or played on the radio and unspecified monetary damages, which she will probably use to pay for her court-ordered therapy.

Lindsay Lohan stumbles through her first night of freedom