Ashton Kutcher will not be investigated by the FTC for promoting various companies during his guest editor stint at Details. 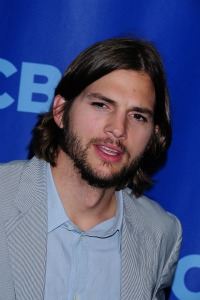 Two and a Half Men actor Ashton Kutcher can rest his pretty head peacefully in that giant on-set trailer of his tonight. The Federal Trade Commission says they will not investigate him for promoting a dozen technology companies in which he has a financial stake during his guest editor gig at Details.

In a statement on Twitter, the FTC wrote, “The F.T.C. is not and has no plans to investigate Ashton Kutcher.” In other news, did you know the FTC twitters?

Did the organization have a change of heart or is there a deeper story? It’s all a case of someone making a sweepingly general statement and it being taken too literally.

When word got out that Kutcher had invested in several companies he highlighted in his issue of Details, FTC official Richard Cleland gave an interview saying that writers and editors have an obligation to disclose such connections, adding, “It’s certainly a possibility that a case like this could be investigated.”

Just how much does Ashton Kutcher make?