Bones alum Katheryn Winnick is jumping over to the CW to guest star on Nikita. 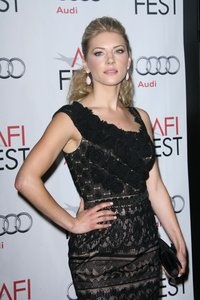 You might have cringed seeing Hannah cozy up to Booth on Bones, but maybe you’ll like her better on Nikita.

Katheryn Winnick (Hannah, Bones) will be running from the law as a guest star on the CW’s popular show Nikita.

Like every other character on Nikita, Katheryn Winnick’s character, Kelly, will have past with Division.

Kelly and Nikita (Maggie Q) were partners at one time, but something went horribly wrong and Kelly got the short end of the stick — aka, ending up in a Turkish prison.

Fireworks are bound to happen when these two come face-to-face again.

Katheryn Winnick was also recently seen on the A&E hit The Glades.

If you didn’t already know, you must be living under a rock. Nikita is moving to Fridays starting September 23 on the CW.

Which CW show are you waiting patiently for — old standbys or new promising flavors?

Check back here for a recaps on some of your favorite CW hits like The Vampire Diaries.