After her surprise wedding, newly married Tara Reid has shared honeymoon pictures of her in a bikini while relaxing in Greece.

American Pie actress Tara Reid surprised many (including her publicist!) when she married Zack Kehayov, a man she has been dating for about a month. In fact, Reid got engaged and married on the same day! 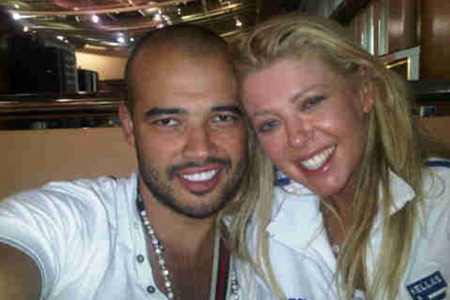 Her representative accidentally said she married her ex-boyfriend, Michael Lillelund, instead of Kehayov. Oops!

Reid and her new hubby are having their honeymoon on the Greek island of Santorini – and Reid has not been shy about sharing her honeymoon photos! She posted the above photo of her and her husband both wearing white shirts, with the caption, “love.”

She posted the below photo of her on the beach, wearing large sunglasses and talking on the phone with the caption, “peace.” She also wrote, “Greece – there is no substitute!” 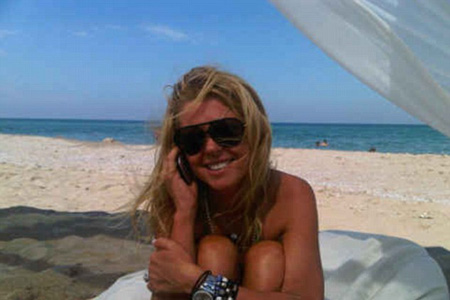 And the below picture was tweeted with the caption, “happiness.” Can you sense a theme here? 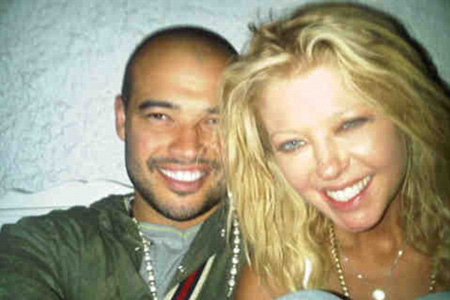 Reid, who was previously engaged to internet entrepreneur Michael Axtmann , is enjoying married life, writing: “I am now a wife! I love being a wife!” 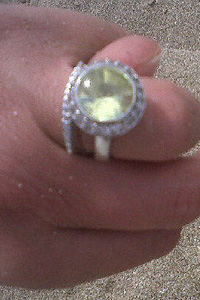 In fact, an insider told Life & Style magazine that Reid is “so in love.”

“Their relationship has been low-key, but they’re really happy together,” the source revealed.

And as for the quickie wedding, the insider said it “just felt right for them.”

‘It was exactly the wedding Tara has always dreamed of with a man she loves in a beautiful, romantic setting,” the source said.

The actress also snapped a picture of her gorgeous wedding ring, a pale green and diamond ring.