Betty White has been voted America’s most trusted celebrity in a Reuters marketing poll. Who else do we like? 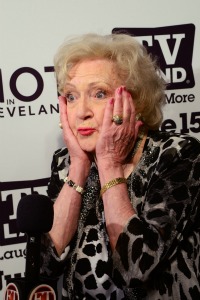 If your company is looking for a celebrity spokesperson, look no further than Betty White. The Hot in Cleveland star has been voted the most trusted star in America, according to a Reuters/Ipsos poll.

The same poll rated Paris Hilton as the most unfavorable celebrity, followed by Charlie Sheen, Britney Spears and Kanye West in a three-way tie.

As the only surviving member of The Golden Girls, White has seen a career resurgence in recent years including her Emmy win for her Saturday Night Live hosting gig.