Paula Deen, armed with a stick of butter and a spatula, has been named the most dangerous person in America by Anthony Bourdain. Is the dishonor deserved? 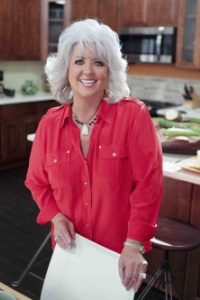 Trouble has arrived for Paula Deen and it goes by the name of Anthony Bourdain. The latter has come at the Southern cooking queen with claws out, going so far as to say her cooking “sucks.”

Speaking of Paula Deen, Anthony Bourdain told TV Guide, “She revels in unholy connections with evil corporations, and she’s proud of the fact that her food is [expletive] bad for you. I would think twice before telling an already obese nation that it is OK to eat food that is killing us.”

Not content to leave the mud-slinging there Anthony, host of No Reservations continued, “Plus, her food sucks…Does she even cook anymore? I don’t know why she bothers. To her credit, she never said she was good at it. I feel bad that she still feels compelled to cook.”

Ouch! SheKnows has reached out to a rep for Paula Deen for a response to Anthony Bourdain’s comments.

This isn’t the first time the cooking show star’s recipes have come under fire. In 2009 after the realease of Paula Deen’s Cooking for the Lunchbox Set aimed at kids, Barbara Walters had a few words to say. “This is a cookbook for kids. Obesity is the No. 1 problem for kids today. Everything you have here is enormously fattening,” scolded Walters. “You tell kids to have cheesecake for breakfast. You tell them to have chocolate cake and meatloaf for lunch. And french fries. Doesn’t it bother you that you’re adding to this?”

Paula’s reply? Moderation. “No, I’m not saying they should eat like this every day,” she said.

Where do you stand in the Anthony Bourdain vs. Paula Deen showdown?