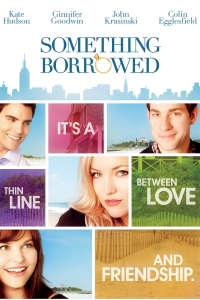 Something Borrowed
The Emily Giffin novel Something Borrowed transitions seemlessly from page to screen, with Kate Hudson inhabiting fan-favorite Darcy, while Ginnifer Goodwin captures the enduring Rachel. It’s the story of two best friends who find themselves in quite the bind: They both have feelings for the same guy. Darcy is engaged to the guy and after pining BFF Rachel hooks up with him, a friendship is tested. John Krasinski shines as Rachel and Darcy’s childhood pal, while Colin Egglesfield is the man in the middle — successful, stunningly handsome and safe Dex. Something Borrowed is the perfect date movie. It’s not a chick flick or a romantic comedy. Both guys and gals will appreciate its sweeping statements about friendship, relationships, love and personal wars.

Something Borrowed review and interviews with the stars

Hoodwinked Too! Hood vs. Evil
Hoodwinked Too is a comic take on the classic fairy tale, Red Riding Hood. Following in the stead of Hoodwinked, the sequel takes the Grimm fairy tale library and turns it on its head. Red (Hayden Panettiere) has joined the covert group Sisters of the Hood and is fulfilling training to take on the evildoers of the fairy tale world. Her training is cut short when she receives a distress call from the head of the super-secret Happily Ever After Agency stating that a wicked witch (devilishly good Joan Cusack) has kidnapped two children — you guessed it, Hansel (Bill Hader) and Gretel (Amy Poehler). Red immediately leaves her training to embark on the rescue mission. Red’s Granny (Glenn Close), the Wolf (Patrick Warburton) and his excitable sidekick, Twitchy (Cory Edwards) are back for the sequel. 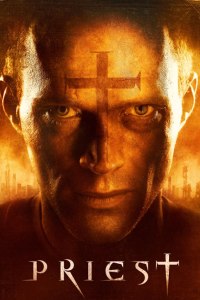 Paul Bettany is Priest, former leader of an army trained by the church to end a centuries-long battle against vicious vampires. The priests have supernatural powers and are the only thing keeping the human race from complete annihilation. Priestess Maggie Q stands out with a subtle, yet powerful performance and amidst the death and destruction, Cam Gigandet and Lily Collins find love as star-crossed lovers fighting to stay alive in this post-apocalyptic world. Director Scott Stewart and his design team have created a Blade Runner meets Road Warrior feel and while the Priest story and visuals are promising, unfortunately the film does not deliver. There are gaping holes in the plot and at times, Priest drags when it should be pedal to the medal. The action sequences are impressively shot, but like the rest of the film, slightly miss the mark.

Priest review and interviews with the stars

The Conspirator: This historical drama directed by Robert Redford tells the tale of Mary Surratt, the lone female charged as a co-conspirator in the assassination of Abraham Lincoln and the first woman to be executed by the United States federal government. As the whole nation turns against her, she is forced to rely on her reluctant lawyer to uncover the truth and save her life. James McAvoy, Robin Wright, Justin Long, Evan Rachel Wood, Jonathan Groff, Tom Wilkinson, Alexis Bledel, Kevin Kline and Toby Kebbell star. 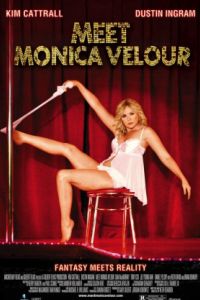 Next Tuesday: On August 23, look for new releases The Beaver, Road to Nowhere, The Chameleon, Blitz, The Bleeding House, Henry’s Crime, Sympathy for Delicious, The High Cost of Living, Secret Sunshine and more.

15 mins ago
by Giovana Gelhoren