The CW is getting ready to debut The Secret Circle and star Phoebe Tonkin is dishing her character Faye.

The CW is getting ready to kick off a Thursday of supernatural premieres in September and The Vampire Diaries’ Kevin Williamson is sure to have a huge hit on his hands with The Secret Circle. 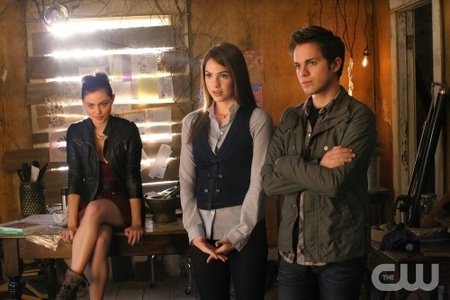 The Secret Circle, courtesy of TVD’s Kevin Williamson, premieres on September 15 right after the season three premiere of The Vampire Diaries.

The Secret Circle, based on the novels by L.J. Smith, features the story of Cassie (Britt Robertson) who struggles as she realizes she’s the key to a battle between good and evil.

We recently featured an interview via the CW of Thomas Dekker giving fans the scoop on his character Adam. Now it’s Phoebe Tonkin’s turn to dish her character Faye.

Faye, a member of the witches’ circle, is a bit unpredictable in a sexy kind of way. Here’s what Phoebe Tonkin had to say…

The CW is ramping up its fall with the premieres of The Secret Circle and Ringer, but it’s also relying on favorites like Nikita and The Vampire Diaries.

Which CW shows are you looking forward to catching in the fall? Tell us, we want to know.