Ridley Scott just can’t let his movies go! First he’s directing the Alien-like Prometheus and now he’s taking on the new Blade Runner. After all the hoopla we’ve heard over the past few years regarding the film, it looks like Hollywood’s going back to square one. 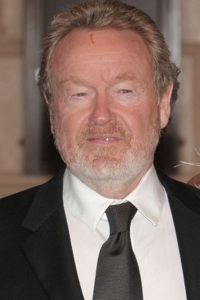 You might be asking yourself: Is Ridley Scott directing a Blade Runner remake, sequel or a prequel? Alcon Entertainment, who acquired the film rights last March, are angling for either a sequel or prequel but a remake is out of the question. Apparently, there was a “no remake” clause in their deal for the rights.

The Los Angles Times reports that the new Blade Runner will be able to “build off scenes in the original film as well as passages from Philip K. Dick’s source novel, Do Androids Dream of Electric Sheep?” That means we might see some of the memorable sets and even characters that we loved from the first film.

The original Blade Runner didn’t wow at the box office when it was released in 1982 but it became a cult hit and phenomenon on home video.

This next film has big acting shoes to fill. Blade Runner featured the amazing talents of Harrison Ford, Sean Young, Edward James Olmos, Rutger Hauer and Daryl Hannah. We wonder who’ll be brave enough to headline the new one?