Beyonce isn’t the first, and she won’t be the last, star to admit loving Jersey Shore. Read on to find out what the star had to say about the world’s most famous guidos and guidettes. 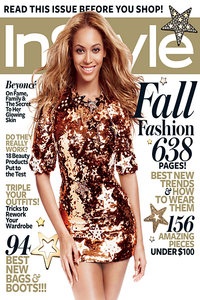 We recently revealed Mila Kunis loves her some fist pumping and now it’s Beyonce’s turn to admit her guilty pleasure is Jersey Shore.

Is it really shocking anymore to hear a star as big as Beyonce say they love The Situation and the rest of the Jersey Shore gang?

In the September issue of InStyle magazine, Beyonce reveals, “In my free time I prefer to do nothing but sit on the couch and watch TV.”

She revealed, “I have to confess that my guilty pleasure is Jersey Shore.”

Anyone who can admit they love to zone out to the MTV misfits who are in a battle with Abercrombie, is all right in our books.

Beyonce did, after all, sacrifice a lot when she was younger. She deserves time in front of the television.

“I sacrificed so much as a kid and as a teenager,” she told the magazine.

The star added, “I have no regrets because my job kept me focused. When you’re young — 18 or 19 — you have the energy and drive. That’s the time to work as hard as you can.”

Beyonce reflected on her current state of mind, “Now I’m a woman, and because I gave it my all, I can focus on my marriage. I can decide I want to have kids. I can be the mother I want to be and dedicate myself to my children.”

To read more of Beyonce’s interview with InStyle magazine grab a copy when it drops on August 19.

Abercrombie & Fitch in a bad situation

The Situation reacts to Abercrombie controversy