Lady Gaga is performing at The MTV Video Music Awards and the network has released three new promo videos to get fans excited!

To promote Lady Gaga’s performance at the MTV Video Music Awards, MTV released a series of promos with the mother monster. 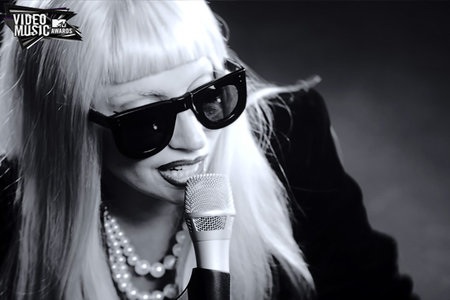 In the first video, Lady Gaga goes back to basics with her piano and a fancy bra trick. Wait, what? Calm down, it’s nothing that scandalous. Check her out as she croons You and I while shedding some constrictive intimate wear.

In the second video promoting her August 28 VMA performance, Lady Gaga, again sings You and I, this time with a Jazz band backing her up. Is this getting you excited for her VMA performance? We can’t wait.

It was previously revealed that among others, Chris Brown, Adele and Bruno Mars would also be taking the stage.