Katy Perry has a huge fan in New Jersey. Watch this guy rock out to California Gurls — loudly.

There are no words. Except there have to be words because we can’t just post a video, but what can possibly be said about this awesome video that it doesn’t say for itself? 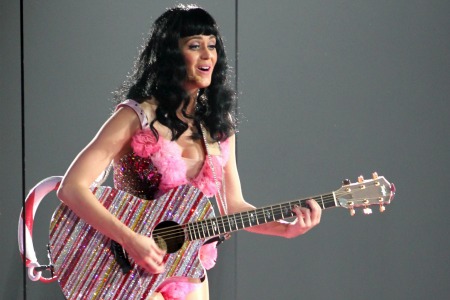 A fellow bus rider took and posted this video on YouTube, writing, “This video is awesome only because it is 8am in Jersey City, sitting on a bus filled with people on their way to work and this guy is belting Katy Perry California Girls with a disc man in hand. It was pretty much the best bus ride ever!”

There is some debate on the web about whether or not the man in question is mentally handicapped and if so, if it’s right to spread this video around. We say why not? The guy is obviously having the time of his life, and we’re not mocking him, we’re celebrating him. We should all be so happy!