Hip-hop’s Wale is in a Twitter war with model Rosa Acosta over show critique. 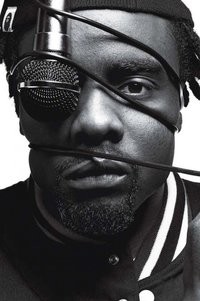 If you don’t have anything nice to say to hip-hop’s Wale, it’s probably best to say nothing at all.

That’s the lesson learned over the weekend when video model Rosa Acosta observed that “some security had to save” Wale after he jumped into the crowd during his Aug. 12 performance in Philadelphia.

Wale then proceeded to tweet his fingers to the bone in a borderline sexist rant.

“@RosaAcosta how bout I couldn’t move..do u have any fans, or a bunch of (fans who want to sleep with you),” Wale said.

He followed that up with: “If ur talent is ur areola….then u don’t deserve an opinion. Shoutout my sisters w/ that ambition n drive” and “@rosaacosta don’t submit ur opinion to the public. ur talent doesn’t require a voice. We listen 2 REAL women in 2011, not industry slides.”

Acosta replied with “I will only get into a twitter beef with you if you have 2 million + followers so zzzzzz.”

Wale, who’s perhaps best known for collaborating with Lady Gaga on the song Chillin’,  doesn’t have two million Twitter followers, but he did just cross the one million threshold and he marked the occasion by releasing The Eleven One Eleven Theory mixtape on Wednesday. A new album, Ambition, is due for a Nov. 11 release.

Wale later seemed to make light of the exchange with Acosta.