Because of Gwyneth Paltrow there was one less victim on September 11, 2001. Here’s how the actress caused a real life Sliding Doors story. 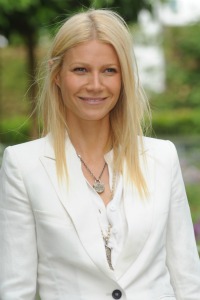 Lara Lundstrom Clarke was on her way to work one sunny fall morning when she had her brush with stardom. Celebrity sightings are a dime a dozen in Manhattan, but this one was different. This one saved her life.

Clarke was just barely going to make the train to her job at Baseline Financial Services on the 77th floor of World Trade Center Tower 2 when she experienced an unexpected delay.

“It was one of those mornings that felt good, you had a little skip in your step,” Clarke told The Morton Report. “What the heck — I always cut across 7th Avenue. Then all of the sudden a silver Mercedes SUV came barreling down towards me.

“I stopped and they screeched to a halt. Then it developed into one of those classic who-goes-first situations. It got ridiculous. Then I made eye contact with the Mercedes driver. OMG it was Gwyneth Paltrow.”

“I knew she lived down the street, so it made sense. She waved me across, I crossed and she continued on her way. At least if I was late for work I had a story to tell.”

That story turned into a real-life version of Paltrow’s 1998 film Sliding Doors. By the time she raced down the stairs into the train station she was too late — she watched the doors of the 1/9 slam shut. The next train got her into the Twin Towers concourse just as the first plane hit. Police held the riders in the basement for several minutes before herding them out to the street. At 9:02, Clark watched as her floor burst into a ball of flame when the second plane hit.

“That was the worst thing I’ve ever seen in my life — my office exploded.”

Had Clarke made the first train she would have been sitting at her desk when the plane’s wing ripped through her floor. Four of her coworkers were killed.

Clarke wrote a letter of thanks to Paltrow, who confirmed the story through her rep.

“Yes, it is true and we have seen the report,” said Paltrow’s publicist, Stephen Huvane. “She was deeply moved by Lara’s story.”

Gwyneth Paltrow: Now even more perfect than the rest of us.

Gwyneth Paltrow’s record deal is off!