Have you ever heard the phrase, “You’re too young to be a mother”? Well, when it comes to Justin Timberlake and Olivia Wilde’s latest film that statement rings true. The actors have the unimaginable task of playing mother and son in the sci-fi flick In Time, so Timberlake decided to give his movie mom some parenting advice. 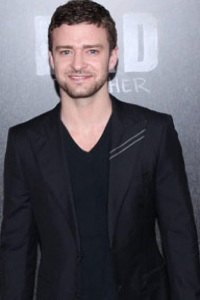 In reality, Justin Timberlake is 30 years old, while Olivia Wilde is 27. Scientifically, biologically, in any shape or form, it’s impossible for her to be his mother. But thanks to the magic of movie making and a sci-fi premise, In Time allows the pair to explore that option.

In Time features a futuristic society where people don’t age normally. Time is a commodity that can be bought, which allows you to stay youthful for years. In Wilde’s case, she has to play the 50 year old mother of Timberlake. She has to be maternal and nuturing to a man who could realistically play her boyfriend instead of her child.

Timberlake recently spoke to Entertainment Weekly and explained how he and Wilde took this outlandish scenario and made it believable for the film.

“We’d read the script and I would say, ‘Here’s something my mom might do,’ or ‘Here’s the way my mom might say it,'” says Timberlake. “I think she really looked to me to give her those little things because she had the trickier job in our scenes. But she’s obviously a great actor. When you meet both of [our characters], it’s visually jolting, but within seconds you’re like, ‘Oh, wow, that is his mother.'”

This sounds like one of those stories you have to see to believe!

In Time opens in theaters Oct. 28.