With so many changes plaguing The Office, fans have a lot of question — will it be as good without Steve Carell being the biggest. 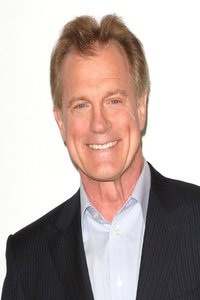 The show must go on and The Office is getting ready to welcome a few familiar faces as guest stars. The first up is a family link to Andy (Ed Helms).

Entertainment Weekly is reporting former 7th star, Stephen Collins, is going to give us a taste of Andy’s roots as his father. Who isn’t curious as to what makes Andy tick?

Of course, you can’t have Andy’s dad without his mom. Joining Collins as the other half of Andy’s parents is Dee Wallace.

He added, “Ridiculously fun & talented group, including @Rainnwilson who I worked w/in his 1st job in ’89 in the Park.”

We know, it’s easy to call Collins that former guy from 7th Heaven, but he’s also done some recent work on No Ordinary Family and Private Practice. It’s just fun to remember the Camden family.

Speaking of the Camden clan, Collins’ TV son from 7th Heaven, David Gallagher, will make an appearance on The Vampire Diaries in season three.

The Office premieres on Thursday, September 22 on NBC.