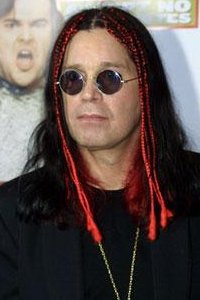 The Black Sabbath reunion has gone off the rails like a certain Crazy Train.

Guitarist Tony Iommi had told the Birmingham Mail (U.K.) that the original lineup of the seminal heavy metal band — Ozzy Osbourne, Geezer Butler, Bill Ward and Iommi — had written songs for a new album and were planning to record the material and then tour.

”We’re really looking forward to it and I think the stuff we’ve been writing is really good,” Iommi said in the article. ”It’s all been very hush-hush.”

Hence, there was joy in metaldom for a few hours on Tuesday. But not so fast. Iommi has taken to his website and issued a retraction that squashes the Sabbath reunion story.

“I’m saddened that a Birmingham journalist whom I trusted has chosen this point in time to take a conversation we had back in June and make it sound like we spoke yesterday about a Black Sabbath reunion,” Iommi said on the site. “I was … merely speculating, shooting the breeze, on something all of us get asked constantly, ‘Are you getting back together?’

“Thanks to the internet it’s gone round the world as some sort of ‘official’ statement on my part, absolute nonsense. I hope he’s enjoyed his moment of glory, he won’t have another at my expense.”

Attempts by SheKnows.com to reach Osbourne’s publicist for clarification have been unsuccessful. Ozzy and his mates in Black Sabbath were interviewed for an upcoming documentary on the frontman by Jack Osbourne, Ozzy’s son.

Our read of the situation is that one of two things are happening: 1. There isn’t going to be a reunion, even though the Sabbath guys appear to have been working together; 2. The journalist jumped the gun on a story that the Sabbath guys wanted to roll out in a big way and there will be a reunion with a more “official” announcement later.

Either way, keep on rocking.