Organizers of the Michael Jackson tribute concert have removed KISS from the show lineup after a huge backlash from fans over disparaging comments by Gene Simmons. 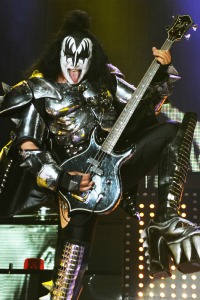 Planning on going to the Michael Forever concert in England? Don’t count on seeing KISS there. Just a day after promoters announced Gene Simmons would appear at the Michael Jackson tribute concert, the band has been dropped.

Why? Gene Simmons calling Michael Jackson a raging pedophile could have something to do with it.

The promoters issued a statement to the media saying, “We have listened to Michael’s fans and are grateful to have been alerted to these unfortunate statements by Gene Simmons. Under the circumstances we fully agree that even though KISS is a band Michael admired we have no choice but to rescind our invitation to them to appear in our tribute concert.”

It could also have something to do with the fact that the estate of Michael Jackson sicced their legal team on the promoters after hearing of the addition to the roster.

read on for more gene simmons