After being shut out of production of Kate Plus 8 for the better part of two years, plus having his own legal issues with cable channel TLC, Jon Gosselin is more than happy that the network canceled his ex-wife’s reality television show. Stated Gosselin, “I am very relieved!” 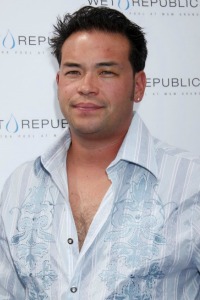 If there was one person that everyone was sure would be happy that TLC canceled former ratings jauggernut Kate Plus 8, it was Jon Gosselin. He has publicly stated for several years that he wanted his children out of the spotlight and to be able to have the chance for a normal life. Now, he finally has gotten his wish.

Said Gosselin, “I hope they can have more private family moments. I hope this will bring more privacy to my children.”

He also revealed, “I think the kids need attention for any personal issues they might have in the future” as a result of the glare of the media spotlight at such a young age.

Jon continued, “I have no clue what her next move is [ex-wife Kate]. I hope she dedicates more time to the kids. I wish her the best as she goes forward. Contracts have to end at some point. I think everything ran its course and it was time to come to an end anyway.”

Jon and Kate did not exactly have a happy ending to their fairytale life in front of the cameras. The couple decided to allow TLC to film their family as a way of ensuring a proper future for their brood of eight children. What they didn’t expect was the ratings smash their show, Jon and Kate Plus 8 would be for TLC. Soon, the Gosselin’s were everywhere, writing books and making public appearances. But the glare of the spotlight began to wear on the twosome and their on-camera spats became legendary. Kate was portrayed as a bully and browbeater and Jon, a henpecked husband. He eventually rebelled against both Kate and the spotlight, leaving her and the children and dating women several years younger than him. Kate tried to take the high road, but her temper tantrums and the stress of trying to raise eight children as a single mother took its toll. She tried to make her celebrity work for her once again with Kate Plus 8, but by this time, the public was weary of Kate and decided not to tune in.