The estate of Michael Jackson wants to put the kibosh on that planned tribute concert, saying the promoters don’t have permission to use the pop star’s likeness or music and are sullying his name. 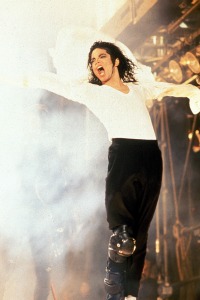 Lawyers for the estate of Michael Jackson are not amused by this planned tribute concert in the King of Pop’s honor and want to know exactly where all the money will be going.

Turns out Michael Jackson’s money grubbing father Joe Jackson is behind the event, and he does not have permission from the estate to use Michael’s image or songs.

In addition, the legal eagles are not amused by the news that Gene Simmons and KISS are scheduled to perform. In a letter to promoters, lawyer Howard Weitzman wrote, “Mr. Simmons has made numerous disparaging public comments about Michael Jackson after his passing. It was extraordinarily embarrassing when no sooner than you announced this ‘news’ that he would participate in your concert that TMZ posted an item noting that Mr. Simmons called Michael Jackson — the man you are purportedly honoring — a child molester…”

There are also major concerns about the so-called charitable aspects of the show. Concertgoers would have to make an additional contribution on top of their ticket price — none of the basic cost is going to charity. And if only half of the artists show up that promoters say are coming, too bad — no refunds.

While the Michael Forever concert has the support of various family members, including mom Katherine Jackson and MJ’s kids, who may even perform themselves, the family is not in charge of the estate — and that was Michael’s own choice.