TLC revealed Monday that they have cancelled Kate Plus 8. What will Kate Gosselin do now?

This is going to sting for both of Kate Gosselin’s fans: her reality show, Kate Plus 8, is officially over, according to TLC. 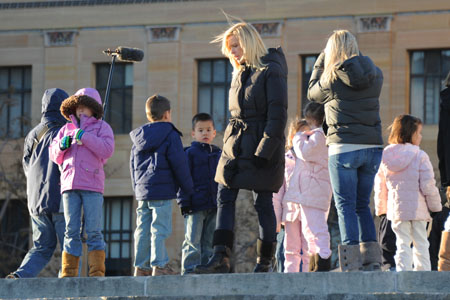 “TLC has decided not to renew another season of Kate Plus 8,” a network rep confirmed. “TLC hopes to check in with Kate and the family periodically with specials in the future.”

The show evolved from Jon & Kate Plus 8 after Gosselin divorced her husband, Jon Gosselin in 2009. However, it quickly unraveled in the ratings — season five’s marriage meltdown brought in 10 million viewers, while Kate Plus 8 only managed to draw about 1.5 million last year.

Despite the number, Gosselin told the Today Show last week that she hadn’t heard anything definite about a cancellation.

“There is a lot of talk about it, and nobody’s told me,” she said. “We’re happy to continue on and we will do so as long as people are watching. There’s been a lot of fans and supporters who have continued to watch us through good and through bad and I just have to take this opportunity to say thank you and we’ll still be on TV as long as you’re watching us.”

No word on what Gosselin will do next, though we assume she’ll try to parlay her reality career into some sort of talk show. We can’t imagine she’ll go softly into the night without at least trying for an extension of her 15 minutes of fame.

Maybe she can be the next Bachelorette? You’re welcome, ABC.

Do you care that Kate Plus 8 is canceled?

56 seconds ago
by Kristyn Burtt