It looks as if, on the week of her wedding to Kris Humphries, nothing could rattle reality star Kim Kardashian. She’s reportedly been as cool as a cucumber through the planning of the event of the summer. But, are nerves finally getting to her? Will she make it through to the end of the week without getting cold feet?

It’s the wedding that everyone wants an invite to and it’s only a week away! Like any other bride, Kim Kardashian is going through her last minute checklist of all she needs to accomplish before she officially becomes Mrs. Kris Humphries. But is she able to handle the pressures of getting married in the spotlight, or will her nerves finally get to her? 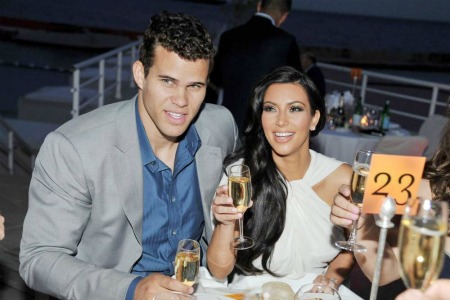 This isn’t your typical Hollywood wedding. This is a woman who has lived out her adult years in a carefully orchestrated spotlight. The Kardashian name is a brand that doesn’t seem to ever be out of the public conciousness, and with Kris stepping into that as her husband, the pressures of what they’re getting into is just the tip of the iceberg.

Said Kim to E!online, “Everyone says that you freak out. But I think all my freak-out moments happened at the beginning when we decided to get married this summer. That’s when you’re like, ‘When and where’. So once all those decisions were made, it seemed to be better. This week I was really calm.”

She continued of her busy, busy schedule, “Last night I took the red-eye at midnight, landed at eight in the morning in New York, ran to Vera Wang for a dress fitting at 10 a.m. and then left at noon on another flight out. I spent like, eleven hours on a plane just to spend three hours in New York.”

Kim also stated how lucky she is to have Humphries in her life and how much he really wants to be a part of his wedding day, despite the fact that women generally do most of the planning for the big event.

“He’s pretty involved,” she revealed. “I think from the start he made it really clear that he wanted to be involved. I mean, I think a wedding is definitely for a girl. There’s a lot of girly things, but we made sure I incorporated him a lot.”