Gene Simmons is set to perform at an upcoming Michael Jackson tribute concert — despite calling the King of Pop a pedophile. 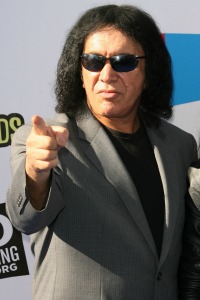 Money talks — and so has Gene Simmons, about Michael Jackson. Despite the fact that the KISS frontman called the King of Pop a pedophile last year, he has agreed to perform at an MJ tribute concert.

Promoters have confirmed that KISS has signed on for the October concert, along with Christina Aguilera, Leona Lewis, Smokey Robinson, Cee Lo Green and Alien Ant Farm.

Yet just a year ago, Gene Simmons went on record saying that he believes Michael Jackson was a pedophile, despite being acquitted on sexual abuse charges.

“There is no question in my mind he molested those kids. Not a doubt,” Simmons told Classic Rock magazine in 2010.

“The only sexual references ever made about Michael Jackson that were made by anyone, anywhere around the world, have always been made by kids, and specifically males usually 10 to 14 years of age; never females, that age or older, and never grown men.”

Opinions are easily swayed when enough money is involved, it seems.

Katherine Jackson, Michael’s biggest defender, supports Michael Forever: The Tribute Concert and is allowing Michael’s kids — of whom she has custody — to perform.

read on for more gene simmons