The Real Housewives franchise is heading out on the road. Read on for all the details.

How exciting! Bravo is taking The Real Housewives franchise on tour. Does that mean Andy Cohen will be showing up to emcee any of the events? 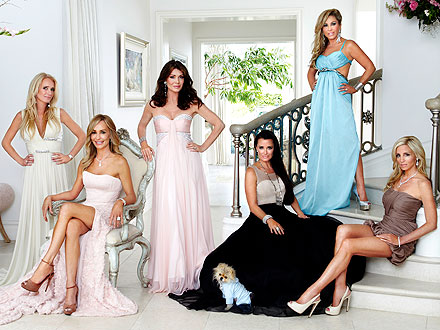 According to a Bravo announcement made Monday (August 15), The Real Housewives franchise will embark on a live tour. “Bravo viewers like to truly engage in the shows they are passionate about,” Ellen Stone, Bravo’s senior vice president of marketing, said.

She added the tour will “give our fans a unique, hands-on experience with their favorite cast members across franchises that they can’t experience anywhere else.”

It looks like the tour will be a panel of sorts. The ladies will discuss moments from seasons past, interact with the audience and share a few secrets.

The tour will begin October 1 in New Jersey and make stops in Chicago and Atlanta.

The Venue at Horseshoe Casino on Oct. 8 in Hammond, Indiana