This may still be a rumor, but it’s a big one! A British site is claiming that Friends and rom com queen Jennifer Aniston will make an appearance on the long-running soap opera Days of Our Lives in an attempt to help save it from cancellation. It would also help save her dad, John Aniston’s job!

Well, there is still no confirmation on this one, but Express.co.uk is reporting that A-list actress Jennifer Aniston may make an appearance on the long-running and in danger of cancellation soap opera, Days of Our Lives. Soaps have been dropping like flies lately. Guiding Light, As the World Turns, etc. but this one is a bit more personal. 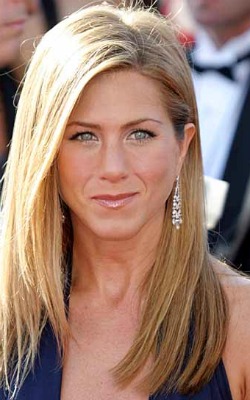 Anist0n’s dad John Aniston, who just turned 78, has been playing Greek mobster Victor Kiriakis on the show for 24 years. NBC has plans to cancel the series which has been running since November 8, 1965.

If the rumors are true, the plan is to have Aniston ”play a “frazzled” wedding planner who helps her father’s character marry fellow show stalwart Maggie Norton, played by Suzanne Rogers.”

Jennifer Aniston Trying to Get Pregnant?

So we’re curious about your thoughts on the rumor. Do you think Aniston is likely to join her father on a multiple episode arc? Is she too big for this now? James Franco certainly wasn’t and the number of A-list actors and actresses who got their start on soaps is astounding. Let us know what you think below.