Kristin Cavallari is the latest name being linked to the new season of Dancing with the Stars. 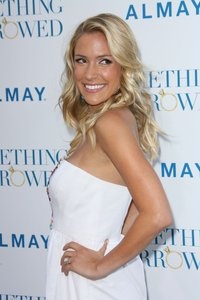 If Audrina Patridge can do it, so can Kristin Cavallari. Kristin is the latest star linked to the new season of Dancing with the Stars.

Straight off of the news that Kristin Cavallari and Chicago Bears quarterback Jay Cutler have ended their engagement, there is more Cavallari news. This time, it’s that she’s putting her dancing shoes for season 13 of the popular dance competition.

A source is reportedly telling Access Hollywood that a contract has been offered to Kristin Cavallari and she intends on signing it.

If the reports are correct, when the season 13 cast is revealed on August 29, this would make the second former Hills star to grace the Dancing with the Stars dance floor. Fans may remember Audrina Patirdge hit the floor successfully in season 11.

Everyone from Rob Kardashian, Snooki and Mike Tyson have been reported to be battling for the mirror ball trophy and that leaves us wondering — what happened to the search for more A-listers?

We also recently reported that Dancing with the Stars‘ three-time champ, Derek Hough, would be returning this fall.

Don’t forget to tune in on August 29 to see who will be competing for the mirror ball trophy on Dancing with the Stars. Season 13 premieres on September 19.

Do you think Kristin Cavallari would give Audrina Patridge a run for her money on the dance floor?

22 hrs ago
by Jessica Castillo