This intellectual cutie has been schooling us in the finer points of male hotness ever since he showed up on our radar as a high school student in Freaks and Geeks. And now, after three Spider-Man movies, a slew of Oscar-worthy roles and personal projects galore (including taking college classes), Franco is heating up the screen in The Rise of the Planet of the Apes, which is in theaters now. We’re wondering if James needs a study partner… 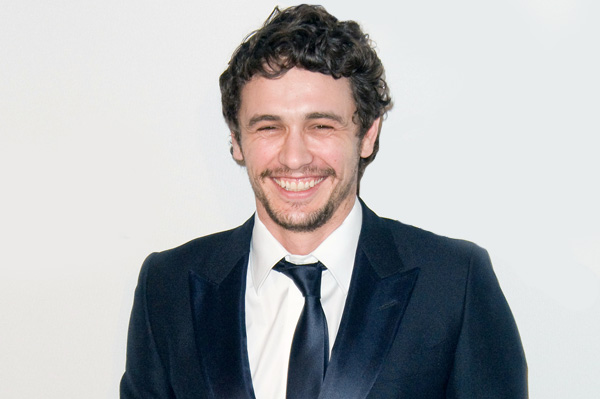 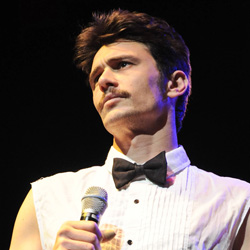 James Franco’s side projects have ranged from inspiring (receiving a master’s degree in creative writing from Brooklyn College, enrolling in NYU film school’s master’s program and pursuing a Ph.D. in English at Yale) to odd (appearing in General Hospital as a performance artist named Franco) to utterly weird (his most recent NYC art installation, “High/Low, Rob Lowe,” part of which consists of a video of Franco and his friends re-enacting Three’s Company scenes). In fact, New York magazine dubbed Franco an “intellectual prankster-poet.”

No matter what critics think of Franco’s non-film body of work — painting, sculpting, writing (read his short story for Esquire here), screenwriting, directing and more! — he’s always intriguing. And we love that. He once told Star magazine, “I never just hang. It’s an impossibility. I don’t even like to sleep. There’s too much to do!” Oh, to sit next to James during a college class! We have a feeling our notebooks would fill up with “JF +…” doodles pretty fast. 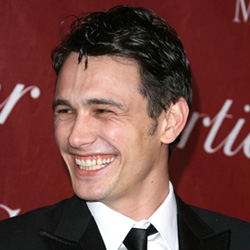 Was it an accident that Franco was selected as Julia Roberts’s fantasy actor boyfriend after her marriage crumbles in the movie version of Eat Pray Love? We think not. There’s something raw and desirable about Franco’s adorable smirk and laid-back attitude that makes us want to listen to old records with him and lounge around, talking about philosophy, all day long. Gucci agrees with us: The company made him the face of Gucci by Gucci cologne. Our favorite of the series of print ads? Franco emerging from the water wearing a soaking wet t-shirt. Rowrrr. 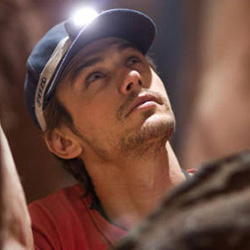 The film 127 Hours, in which Franco plays hiker Aron Ralston who was pinned by a boulder while canyoneering and had to cut his own arm off with a pocketknife, was an emotion-packed tour de force, thanks mostly to James’s talent. The role won him an Oscar nomination the very same year he hosted the awards alongside Anne Hathaway. (No matter what anyone says, we thought he was a capable co-host!) Equally brave was his portrayal of Harvey Milk’s boyfriend Scott Smith in Milk, a film that raised social consciousness about civil rights everywhere. He told The Advocate, “In this history of cinema, there are so many heterosexual love stories. It’s so hammered, so done. It’s just not that interesting to me. It’s more interesting to me to play roles and relationships that haven’t been portrayed as often.”

Franco was last linked with actress Ahna O’Reilly (she’s had roles in Forgetting Sarah Marshall and The Help), but the pair has since split. He told Playboy, “That [relationship] lasted about four or five years. We’d been living together in L.A. and then [I] came to New York to go to school for two years. Then I signed up for more school at Yale. I think that was it for her.” Her loss is our gain, ladies. Consider us in line for Franco face time! 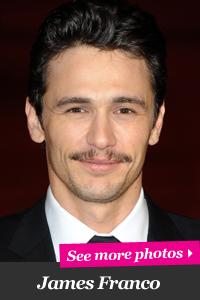