Corey Feldman says the troubled life and death of his best friend Corey Haim was caused by one thing and one thing only: A Hollywood pedophile. 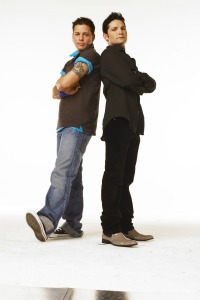 Former child star Corey Haim struggled with drugs since his early teens. Now his best friend Corey Feldman says Haim’s addiction — and ultimate death — was caused by sexual abuse at the hands of a Hollywood pedophile.

“There’s one person to blame in the death of Corey Haim and that person happens to be a Hollywood mogul,” Feldman told Nightline. “And that person needs to be exposed, but unfortunately, I can’t be the one to do it. But the person that knows who did it and knows who he is? Is watching right now, I guarantee you.”

“There was a circle of older men that surrounded themselves around this group of kids,” Feldman claims. “And they all had either their own power or connections to great power in the entertainment industry.”

Feldman says Haim turned to drugs to deal with the trauma of being abused.

Haim’s sexual abuse was first brought to light by the actor himself in the premiere of the pair’s reality show The Two Coreys. In an emotionally raw scene, Haim blamed Feldman for not stopping the abuse at the hands of someone Haim claimed Feldman still hung out with. When the episode aired, rumors swirled that the abuser was Michael Jackson, but he doesn’t fit Feldman’s description of a Hollywood mogul — and both Haim’s ex Nicole Eggert and Feldman himself denied the King of Pop was his abuser.