Jodie Foster wants to help make science fiction reality. The Contact star made a donation to help the ailing SETI program the movie was based upon. 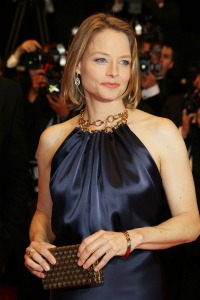 One of Jodie Foster‘s most compelling performances was in the science fiction flick Contact — and now the actress is helping the space agency upon which the movie is based.

The non-profit Search for Extraterrestrial Intelligence Institute (SETI) had to shut down its huge Allen Telescope Array earlier this year. Now, with help from Foster and other generous patrons, SETI is once again listening for alien signals in outer space.

Foster, who played SETI scientist Ellie Arroway in the 1997 movie, said the organization is integral in the search for intelligent life on other planets.

“Just like Ellie Arroway, the ATA is ‘good to go’ and we need to return it to the task of searching newly discovered planetary worlds for signs of extraterrestrial intelligence,” Foster said. “The Allen Telescope Array could turn science fiction into science fact, but only if it is actively searching the skies.”

The actress, along with over 2000 other donors, helped SETI raise the $200,000 needed to operate the program through the end of the year.

SETI operates the Allen Telescope Display, consisting of 42 radio dishes at the Hat Creek Radio Observatory in Northern California. Each scan the heavens in the hopes of picking up signals from alien civilizations.