New details are emerging about the death of 47-year-old Warrant singer Jani Lane, whose body was found last night in a hotel room.

Jani Lane had a contentious relationship with his bandmates in Warrant, but his Down Boys are letting bygones be bygones today and have released a statement honoring their former lead singer and songwriter. 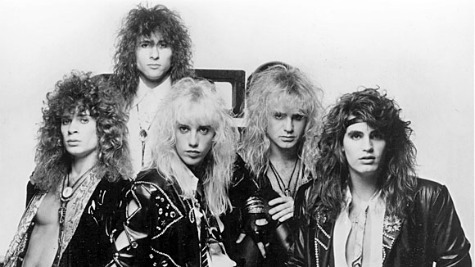 “We are deeply saddened to hear the news of Jani’s passing,” the band said in a statement on their website. “Our thoughts and prayers go out to his family. Jani was a very important part of our lives for a long time. We will always be incredibly proud of the music we created together. He was a true talent and will be missed by all of us.”

The band isn’t the only entity to express its grief — celebrities are speaking out about the death of Jani Lane on Twitter, too.

Lane’s rep and pal, Sullivan Brigg, claimed the singer had his issues. “He was an incredible and gifted musician and a dear friend, but he had a lot of problems,” Brigg said. “It’s no secret that Jani’s had a difficult time for many years. Our genre of music has lost a real legend. I’ll miss him.”

Lane jumped in and out of Warrant at least twice, the last stint in 2008 ending after just four months. Lane’s history of drug and alcohol abuse is often blames for the tension in the band, Lane claimed shady business practices caused him to leave.

Lane was found dead Thursday in a California hotel room at the age of 47. No cause of death has been released, but investigators reportedly found a half-empty bottle of vodka and prescription meds at the scene. He leaves behind four children.

Watch the video for Heaven by Jani Lane & Warrant: