Bridget Jones, everyone’s favorite plump, erratic serial dater is returning to the big screen. Renee Zellweger is back for another sequel and she’s bringing Colin Firth with her! 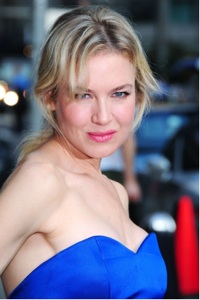 The first Bridget Jones Diary was released in 2001 and it was an international hit. The film starred Renee Zellweger as a homely British woman who obsesses over dieting, smoking and men. Despite her flaws, she somehow finds herself in a love triangle between her boss (Hugh Grant) and the loveable Mark Darcy (Colin Firth).

The movie was so successful that it spawned the sequel Bridget Jones: The Edge of Reason, which wasn’t as critically acclaimed but still earned a lot of money. In 2009, producers began toying with the idea of adding a third film to the series and it looks like it’s finally happening.

EW is reporting that both Renee Zellweger and Colin Firth have been confirmed to reprise their roles in Bridget Jones 3. Firth revealed that the plot will have the characters return to their tumultuous roots.

He said, “I can tell you that Bridget and Mark can’t have children, I think that’s the way it goes on. So then she makes the huge mistake of going back to Daniel Cleaver [Hugh Grant’s character] for long enough to get pregnant. And I think he dumps her, and she’s left stranded, and guess who comes back to rescue her?”

What’s that old saying? The more things change, the more they stay the same. Oh Bridget, get it together!