USA has picked up another season of its freshman drama Suits and announced a final, star-studded season for In Plain Sight, to air Spring 2012.

Related story Suits Is So Obsessed With Former Star Meghan Markle, They Even Joked About Prince Harry in the Series Finale

There are still a few weeks of lawyerly mayhem left of USA’s Suits, which wraps its freshman season on September 8, but USA has already ordered seconds. The fledgling braniac (Patrick J. Adams), his tough mentor (Gabriel Macht) and their colleagues will be back again next year and this time, they get four extra episodes. 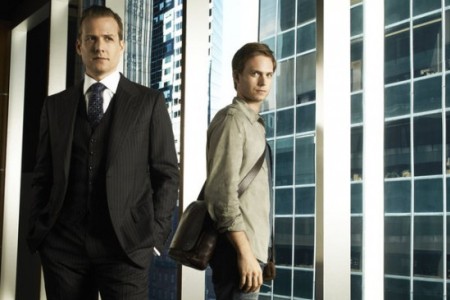 “Suits exceeded our expectations on every level with its sharp writing, engaging ensemble cast and incredible production values,” said Chris McCumber and Jeff Wachtel, co-presidents, USA Network. “Quickly embraced by our viewers, critics and the industry as a series that pushes the envelope of the USA brand, we needed no further evidence to greenlight a second season.”

Suits kicked off in June 2011 when brilliant hustler Mike Ross (Adams) stumbled into an interview and landed a job as Harvey Specter’s (Macht) new associate. Thus far, his photographic memory and street smarts have proven to be a match for the Harvard lawyers at the top Manhattan corporate law firm, while Specter has served as a formidable mentor. With every turn, however, there’s the danger of being outted as a college dropout who used to take the LSAT for money.

With a new season on the schedule, it looks like he’ll keep his identity a secret a little while longer.

In Plain Sight: The final season

In Plain Sight closed with a bang this week, but don’t worry, Mary (Mary McCormack), Marshall (Frederick Weller), Stan (Paul Ben Victor) and Abigail (Rachel Boston) will be back this spring for a final eight-episode season that will answer all your burning questions. 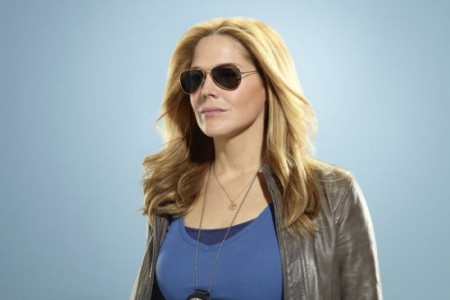 “In Plain Sight is an integral part of our original programming slate and we are proud of its critical and commercial success,” said Wachtel and McCumber. “With a talented cast led by the incredible Mary McCormack, the fifth and most explosivise season is sure to bring in new audiences with its provocative themes and unexpected story arcs.”

This season left a slew of cliffhangers, not the least of which was Mary going into premature labor. When the show returns this spring, USA promises tons of guest stars for a “gripping season” that “will keep viewers on the edge of their seats with heart-pounding storylines all building to an unforgettable finale.”

The tough U.S. Marshall will be forced to face the adoption question and may even, finally, find love. Word is, Marshall will have to decide whether it is his partner or his girlfriend Abigailis who is truly the one for him. By the series finale, Mary may even track down her MIA father.

Mary’s mom and sis, played by Lesley Ann Warren and Nichole Hiltz, will get in on some of the fun, but won’t be series regulars.

We’ll have to wait for spring 2012 to see how things wrap up for Mary.