The Secret Circle could be the most anticipated new fall show from the CW and from the sounds of the latest interview with Thomas Dekker, it’s about to get even more mysterious, if that’s possible, at the CW.

Thursday nights are going to be full of supernatural creatures and entities when the CW unleashes its fall premieres in September. 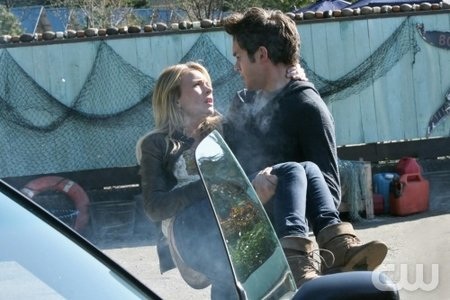 First, there’s The Vampire Diaries which just took home a slew of Teen Choice Awards including Choice Actor/Actress for Nina Dobrev and Ian Somerhalder’s portrayal of Elena and Damon.

If that wasn’t enough, The Secret Circle, courtesy of TVD’s Captain Kevin Williamson, premieres right after the vamps take a bite out of Mystic Falls.

The Secret Circle, based on the novels by L.J. Smith, features the story of Cassie (Britt Robertson) who struggles as she realizes she’s the key to a battle between good and evil.

In a new interview from the CW, Thomas Dekker talks about his character Adam, who is described as a leader of sorts, and the predicament his character will get into when he becomes drawn to Cassie.

We have to admit, when we watch the promo for The Secret Circle we get really freaked out over the music. It reminds us of when the little girls jump rope in the Nightmare on Elmstreet movie. You know, “One, two Freddie’s coming for you…”