M Magazine has released their list of the Richest Teens of 2011. Find out which teen star came out on top –and which Jonas Brother earns more than the rest. 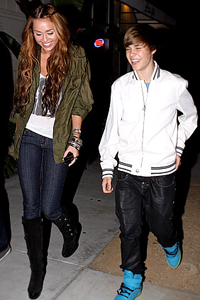 From TV shows to movie roles and fashion lines, teen stars are pulling in some serious cash. Which star pulled in the most dough in 2011? M Magazine compiled the list of the teen stars that are rich beyond their wildest dreams!

Miley Cyrus can sing, act, dance — and has proven that she is a triple threat that can pull in the big bucks. The 18-year old star tops the list with an estimated net worth of $120 million! She started in the business in 2001 with her show Hannah Montana and has branched out to movies and an extremely successful recording career. Sure, she has had her share of controversy (ahem, smoking salvia, racy photos), but this publicity has not hurt the bottom line of her money making abilities.

Coming in second place is Justin Bieber, with an estimated net worth of $65.5 million. The Biebs first album sold 700,000 copies in three weeks, and he has branched out to movies – and even a nail polish line. I have a feeling this 17-year-old teen sensation isn’t going anywhere soon.

Which Jonas Brother makes the most money? Let’s hope there’s not any sibling rivalry in the trio, 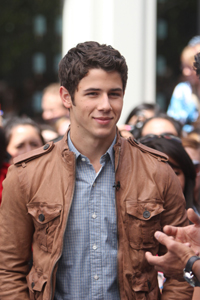 because Nick Jonas is the third highest grossing teen, out earning his brothers Kevin and Joe with an estimated net worth of $18 million.

Who else made the list? Check out the Top 10 below.