She’s back! Jennifer Love Hewitt is returning to television as a series regular on Lifetime. The actress and network have joined forces to bring you a new and improved version of their risque telefilm, The Client List. 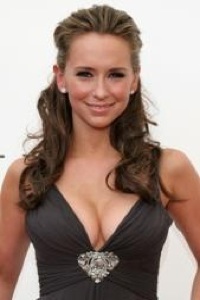 The Client List was a 2010 Lifetime Original Movie that earned Jennifer Love Hewitt a Golden Globe nomination for Best Performance by an Actress in a Mini-Series or a Motion Picture Made for Television. With accolades like that, are you surprised she wants to do more?

According to Deadline, Lifetime has picked up an hour long series based on the film’s story. The movie centered on a housewife, who’s deserted by her husband and forced to raise their family alone. Strapped for cash, she picks up a job at a dayspa but realizes they offer more than just massages. She and the spa owner team up and turn the establishment into a booming (X-rated) business.

In the serialized version of The Client List, new obstacles will be thrown in Hewitt’s way. She’ll have to deal with her child, the conservative citizens of her town and her outrageous and sometimes difficult employees.

Lifetime has ordered 10 episodes of The Client List series, which is scheduled to debut in 2012.