When The Vampire Diaries returns for its third season the vamps better watch out! There’s a new hunter in town and he looks a lot like that guy from Supernatural! Read on to see who’s heading to Mystic Falls.

The CW’s season three premiere of The Vampire Diaries is just over a month away and to be honest — it’s way too long to wait! 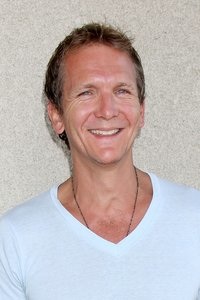 So, all we can do do is bring you more news to keep your anticipation growing. This time we have some casting news that’s not so good for our favorite vamps of Mystic Falls. There’s a new vampire hunter coming to town.

Sebastian Roche, who Supernatural fans know from his appearance as Balthazar, has been cast in a recurring role on The Vampire Diaries.

She told Entertainment Weekly, “For some reason, Klaus, who shouldn’t be afraid of anybody, seems to be concerned about this person.”

She added, “He is big, and he is bad, but I would dare not say if he is the true Big Bad or not, trademark Joss Whedon. There might be some bigger and badder people coming [later].”

Sebastian Roche’s character was originally set to be named Eric but will be changed to avoid confusion with the True Blood character of the same name due to TVD also adding in a character named Bill later on.

Here’s a tidbit of Roche information that will make girls swoon. If you notice from his picture, he was also was Jerry Jacks on General Hospital!

Do you think Damon (Ian Somerhalder), Stefan (Paul Wesley), Elena (Nina Dobrev) and the rest of Mystic Falls have anything to worry about with this new hunter?

read on for more the vampire diaries news

Secrets of The Vampire Diaries season 3

The Vampire Diaries will return on Thursday, September 15 at 8/7c on The CW.