Jeremy Irons would like to pat you on the butt without you complaining about it. 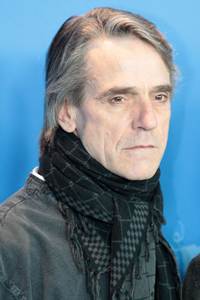 Actor Jeremy Irons doesn’t understand why a little sexual harassment is such a big deal.

Related story Race: 17 things about the real Jesse Owens not in the movie

In an interview with Britain’s Radio Times the Academy Award-winning actor said he doesn’t know what all the fuss is about. Why can’t he touch you inappropriately without you whining about it? Blame that darn political correctness.

“It’s gone too far,” Irons said. “There are too many people in power with too little to do, so they churn out laws to justify their jobs.”

“I hope it’s a rash that will wear itself out,” he wistfully continued. “If a man puts his hand on a woman’s bottom, any woman worth her salt can deal with it. It’s communication. Can’t we be friendly?”

No, Mr. Irons, we can’t be friendly when your hand is planted on my butt. As a matter of fact most women would probably react with the exact opposite of friendliness in that situation.

Jeremy Irons has been married to Irish actress Sinead Cusack since 1978.