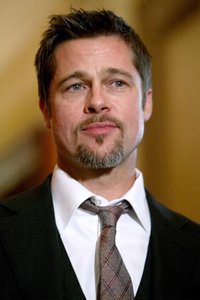 Brad Pitt is about to have his zombie moment.

Paramount Pictures has announced a release date of Dec. 21, 2012 for the screen adaptation of Max Brooks’ best-selling novel World War Z: An Oral History of the Zombie War. The film will be called World War Z and it stars Pitt as United Nations employee Gerry Lane, who races around the world in an attempt to stop a “zombie pandemic that is toppling armies and governments and threatening to decimate humanity itself,” according to a Paramount press release.

Mireille Enos (AMC’s The Killing) and newcomer Daniella Kertesz are the co-stars. Marc Forster (Quantum of Solace) directs. Pitt is a co-producer of the project.

World War Z is currently shooting in England following initial photography in Malta last month. Filming is also scheduled to take place in Scotland and Hungary. The England shoot is proving to be troublesome for Pitt and Angelina Jolie’s clan as rioters in London have Jolie fearful for the safety of the couple’s kids.

Pitt’s baseball drama Moneyball is scheduled for a Sept. 23 release.