Bruce Willis is heading back to the military for his next movie gig. The ’80s action star has landed a role in Paramount’s highly anticipated sequel, G.I. Joe 2: Retaliation. 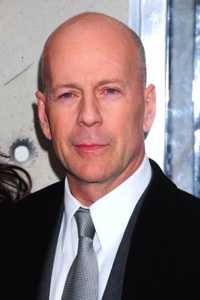 Bruce Willis is in final negotiations to play General Joe Colton in the upcoming G.I. Joe sequel. If you followed the cartoon or comics in the ’80s, you know Colton as the founder of the Joe operation. He created the team, which is considered the “ultimate freedom fighting force.”

Retaliation is a follow-up to 2009’s G.I. Joe: Rise of Cobra that starred Channing Tatum, Joseph Gordon-Levitt, Sienna Miller, and Marlon Wayans. The sequel will have franchise newcomers like Dwayne Johnson, Adrianne Palicki, Ray Stevenson, and rapper-turned-actor RZA. With a crew like that, you need someone of Willis’ caliber to keep them in line.

According to The Hollywood Reporter, G.I. Joe 2 is set to start production in New Orleans later this month. The film will be directed by Jon M. Chu and is scheduled to hit theaters June 29, 2012.