TBS has decided to cancel Lopez Tonight. Read on for all the details.

TBS is saying adios to George Lopez and Lopez Tonight. We guess two seasons of dismal ratings has finally taken its toll on the show. 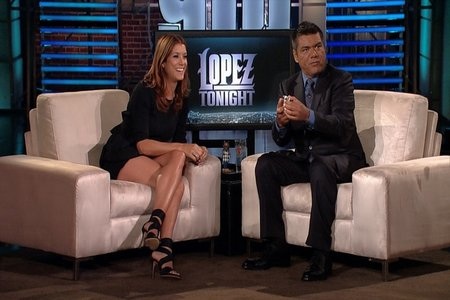 George Lopez isn’t exactly a newbie to the television world, having worked on his former ABC show, but late night is a different animal.

Lopez Tonight’s ratings seemed to drop after Conan O’Brien joined the network and the show was pushed back an hour. Everyone remembers that fiasco, right? (O’Brien left NBC when the network wanted him to slide back to make room for the return of Jay Leno.)

If you need your fix of George Lopez, you’re in luck. TBS will continue to air Lopez Tonight over the next few weeks, so keep watching.

So, what’s the plan for a replacement? Word has it that after TBS is done airing reruns, it will put old episodes of The Office on the air.

Karen Cassell, a spokeswoman for the network, revealed that they might insert original programming into the rotation later “down the road.”

Were you watching Lopez Tonight? If you were, tell us what you’ll miss most. If not, continue on with your life — there’s nothing to see here.

What would you like to see in its place — original programming or reruns of The Office?