Bryce Dallas Howard is downright awful in The Help, which is a good thing and speaks volumes about her incredible performance. SheKnows caught up with her while she elaborated on playing such an evil villain, the southern heat and the undeniable connections she made on set. 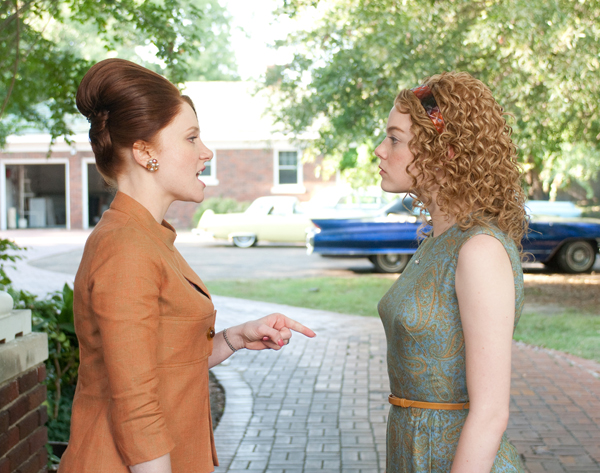 The Help, based on the book by Kathryn Stockett, arrives in theaters August 10. The novel has created a legion of fans that are passionately devoted to the story of a writer (Emma Stone) who, while growing up, could not be blind to the injustice all around her in 1960’s Mississippi. So she decides to tell the story of life in that state from the point of view of The Help.

Bryce Dallas Howard portrays the most vilified of the characters in The Help, Hilly Holbrook. We asked Howard if she had any reservations playing a woman so out of step with human rights and in many ways, serving as the villain of the film. Howard also comments on what it was like to be part of an ensemble of actresses that was equally inspiring as it was uplifting.

on playing the snobby villain

SheKnows: Why was it personally important to you to be a part of this movie?

Bryce Dallas Howard: It started off for me being really straightforward. I read the script and hadn’t read the book. There were so many incredible female roles. Of course I loved the role of Hilly and typically I don’t get offered those roles. I auditioned for Hilly, got asked to do it, and that at that point I read the book. The book unto itself is really a phenomenon. There are a lot of passionate people who are really devoted to this story being told correctly, so the more I got involved in it [laughs], the more I became one of those people.

SheKnows: Obviously, Hilly is a rich character, let’s just put it that way. Did you have any concerns about playing a polarizing figure? Was it difficult to play somebody who one, is so different from yourself, and two, different from anyone we know, hopefully, in today’s world?

Bryce Dallas Howard: I did not have any reservations about it, necessarily. Ultimately, at the end of the day, the character is so well drawn in the book and then in the script, I had those things to go from. The approach on how to do this character was kind of clear because I had such a resource in a great script and a phenomenal book. It just came down to being prepared and trying to understand her psychology as much as I could. 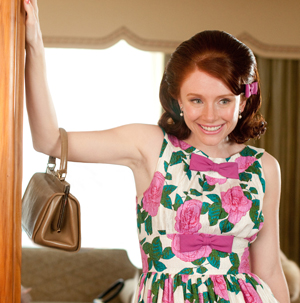 on the weather and wardrobe

SheKnows: Did it feel as hot as it looked on screen?

Bryce Dallas Howard: [Laughs] It was hotter. It was so, so warm. But, we knew it was going to be that way. I had been in the South in that time of year before. So, I was prepared for that. I feel like it added something to the experience and to the movie. There are some hilarious moments for me, personally, where I had drenched some outfits and had to change out of them into new ones because of the heat. The heat in the South is almost another character.

SheKnows: What about the clothes, the fashion, the hair — that had to be a joy to get all made up like a Jackie O?

Bryce Dallas Howard: Thank gosh for that. No matter how I felt in the morning, whether I felt focused or not, by the time I left hair and makeup with my beehive a foot high and got into wardrobe with the most matching outfit in the world, I just had to feel a little obnoxious — just like Hilly [laughs]. It was unavoidable.

on connecting with the other actors

SheKnows: For you professionally, just as an actress, this is a wonderful, rich piece of film for actresses, and there are so many wonderful women in this film. Was it personally and professionally inspiring for you to spend time amongst these great fellow thespians?

Bryce Dallas Howard: I kept saying while I was there, this is the easiest job I’ve ever done. I really felt that way. When I left, I thought, “What made it that way?” I realized the character was tricky, the circumstances, the weather, all that — it shouldn’t have felt like the easiest job in the world. I really feel the reason it did was because of the camaraderie we all had with one another. It was one of those moments where, as a group, we all really clicked on a professional and personal level. It just made for the most pleasant experience. It was amazing.

SheKnows: Now you all have this in common, connecting you together forever.

Bryce Dallas Howard: It’s true. The fact that the movie turned out so well is so great. It’s a little bit of a terrible feeling when you have a great time making a movie and then the movie doesn’t turn out too well [laughs]. The fact that we had a great time with one another and that the movie is what it is, it’s such a representation of how we felt the entire time. It was indicative of what the experience meant to all of us.

More on The Help:

The Help’s Emma Stone: No divas on set

Clips from The Help