In his latest interview, Simon Cowell brings out his most boastful comment ever by stating that his American incarnation of The X Factor would ‘thrash’ American Idol this season. Cowell, not one to shy away from controversy, is taking this new venture head-on as both the executive producer and lead judge of the television show. 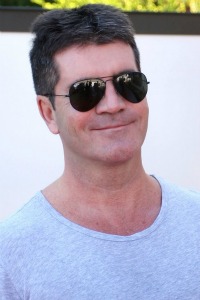 Simon Cowell had some harsh words for his former television home, American Idol, during a press interview recently to promote his newest venture, The X Factor.

His latest acid-tongued comments were sent directly to the heart of the American Idol team, by stating bluntly, “X Factor would thrash the competition on U.S. television and topple American Idol as the nation’s most-watched show.”

Cowell continued, calling the singing contest a “game changer” and revealed it was “completely different in style and content” from AI. X Factor offers a top prize to the first-place winnerof a whopping $5 million.

He stated to journalists during a press conference to promote the show, “If I didn’t think we could, and it’s not just Idol, it’s any show, we don’t enter something for the silver medal. You do it because you want to be number one, and for the next few months we are going to throw everything at this to try and make it the best show on TV.”

Cowell also stated, “I wouldn’t have made the show unless I thought it would be different. We see this as a game changer.”

After a season of long goodbyes Cowell left American Idol. With ratings slumping, it seemed only a matter of time before the talent show would go by the way of variety television.

But last year, with a change of face, the show returned full force for its 10th season, garnering its best ratings in years. The addition of Steven Tyler, Jennifer Lopez and original host, Randy Jackson helped breathe new life into a stale format and audience lapped it up.

Both Tyler and Lopez have signed on for another year as judges, as well as Jackson, who now holds the title of head judge.

This past season, Idol gained its most viewers since 2007.