While you’re thinking about how little your paycheck is, this might cheer you up — well, not really. TV Guide has the dish on just how much some of your favorite television stars are making! Read on for all the details.

With all the money TV stars make we could wipe out America’s debt! So, who’s making what on the small screen? According to a recent issue of TV Guide, you might be surprised. 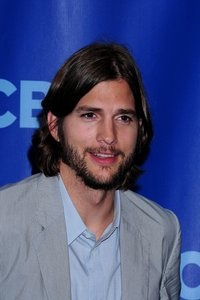 Ashton Kutcher is now rolling in the dough as the highest paid sitcom actor for his new role on Two and a Half Men.

Returning to TV will give Tim Allen (Last Man Standing) and Kiefer Sutherland (Touch) a nice payday at $225,000 per episode for their new new shows.

It pays to be a doctor on TV. Patrick Dempsey earns $275,000 per episode onGrey’s Anatomy, while Kate Walsh rakes in the same same for Private Practice.

Nerds rule when it comes to money. The Big Bang Theory‘s Johnny Galecki, Kacey Cuoco and Jim Parsons are now earning $250,000 an episode.

Over on the late night side of things, David Letterman earns $28 million a year, Jay Leno is hot on his heels at $25 million per year, with Jimmy Fallon brings up the rear with $5 million per year.

Last but not least is the world of reality. Ryan Seacrest earns $15 million for his mic skills on American Idol while Dancing with the Stars‘ Tom Bergeron nabs $150,000 per episode, America’s Got Talent’s Nick Cannon brings in $70,000 an episode, and So You Think You Can Dance’s Cat Deeley, who was recently nominated for an Emmy, makes $60,000 per episode.

Are you jealous yet? We certainly are!