The Lincoln Lawyer movie may soon be coming to your television. Read on for the details.

You loved it on the big screen, now get ready to tune in and catch it on your television! The Lincoln Lawyer is reportedly being turned into a TV show by ABC. 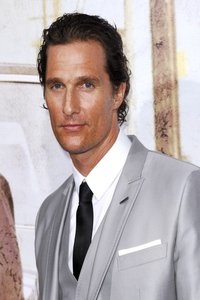 Variety is reporting that ABC is adapting the novel that was turned into a movie — into a TV show. The movie starred Matthew McConaughey as a criminal defense lawyer who worked from his car.

The Lincoln Lawyer pilot would be co-written by Michael Connelly and John Romano with Lakeshore Entertainment and Lionsgate, the powerhouses behind the film, co-producing it.

The movie version starring Matthew McConaughey, Ryan Phillippe, Marisa Tomei, and William H. Macy did pretty well with most of its praise coming from critics.

Would you watch a television version of The Lincoln Lawyer or should it stay preserved for the movie screen?

Wait, would they bring Matthew McConaughey into the project? That might get us to watch, right? Too bad we have to wait and see if that happens. No word on whether or not his name is being thrown out there.

We want to hear from you…

If Matthew McConaughey’s name is not linked to the television version of The Lincoln Lawyer, who else would you want to see cast? Sound off in the comments section!